On 5-6 June 2007 more than thirty liturgists from around Australia gathered at the Mt Saint Benedict Centre Pennant Hills in Sydney. Hosted by the Sisters of the Good Samaritan and the Congregation of the Blessed Sacrament, the purpose of the meeting was to imagine and develop ideas about practical and viable initiatives for liturgical education and formation in Australia. One of the proposals arising in the music focus group led by Angela Gorman (Bendotti) and Paul Mason was the establishment of an Australian network for pastoral musicians.

On 25 July 2009 a group of composers, liturgists and musicians met at Holy Name of Mary Parish in Sydney. Hosted by Fr Kevin Bates and sponsored by Willow Publishing, the purpose of the meeting was to discuss copyright, composer and publisher advocacy and a number of other issues of concern to Australian composers. The meeting resolved to work together to help make a national association a reality, focused on liturgical education, formation and advocacy for Australian composers, publishers and musicians.

Members of the working committee met on 16 December 2009 to set out the actions to establish and launch the organisation. They drew interest and support from publishers such as the University of Notre Dame (Pastoral Liturgy journal) and Willow Publishing (As One Voice). The initial seed funding to establish the organisation came with a generous donation of $5,000 from Dr Russell Hardiman, Editor of Pastoral Liturgy Publications.

From early 2010 Angela Gorman, Justin Ankus and Paul Mason began to set up the infrastructure for APMN, registering the organisation in Western Australia as an incorporated association, establishing banking facilities with ANZ, registering the domain name (www.apmn.org.au) and establishing the website presence. A brief presentation was made to the NLC National Conference in Perth 4-7 February 2010 and the association was formally incorporated on 22 February 2010.

On 25 June 2011 at Mary MacKillop Place, North Sydney, a large gathering of composers, musicians, publishers and diocesan personnel attended the inaugural Annual General Meeting of the association to elect its first executive and review its constitution, aims and objects. 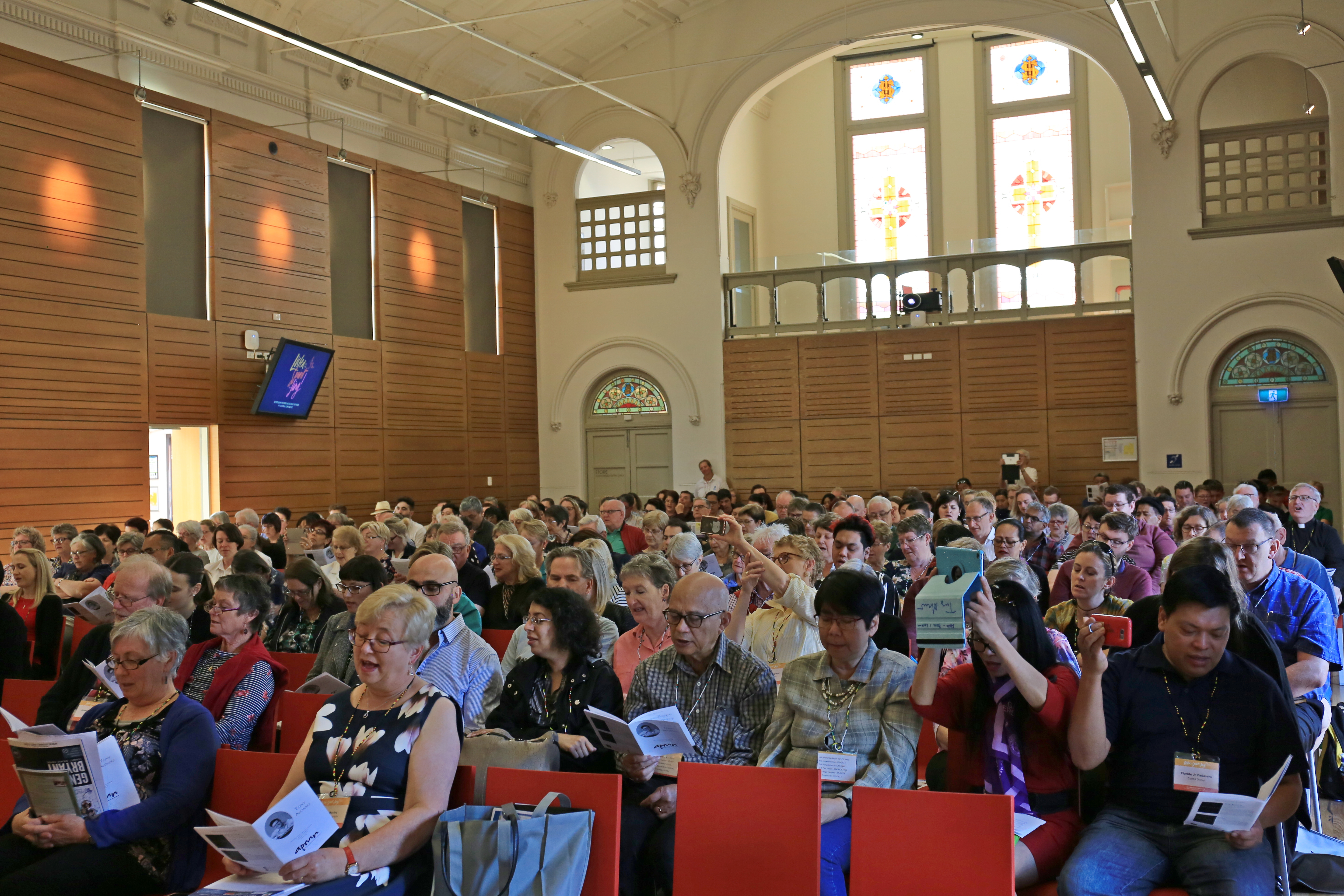 Jenny O’Brien continued as the liaison between the National Liturgical Council and the inaugural APMN executive committee.

Subsequently in October 2011, at the Wollongong Liturgy Festival, the first Annual Report was presented to the second Annual General Meeting, which ratified the constitution and the subscription fees, and confirmed the return of the previously elected executive. At the same meeting the Wollongong Chapter was established as the first regional chapter for the purpose of facilitating the APMN’s aims and objects at parish and diocesan level. October 2011 also saw the first issue of the APMN e-newsletter.

In December 2011 the APMN held its first workshop – on Copyright. In 2012 the Wollongong Chapter, in conjunction with the Diocese of Wollongong, conducted four workshops and events in Wollongong, Varroville, the Southern Highlands and Campbelltown. The national body has continued to organise a national series of workshops on copyright.

The APMN presented its first scholarships at its second national conference, “Songs for the Journey” 1-3 October 2015 in Brisbane. The conference featured keynotes by Marty Haugen, Dr Maeve Heaney VDMF and Rev Dr Richard Leonard SJ. Scholarships have been presented at each subsequent conference.